Qt is de-facto the most suitable framework for the commercial application of a cross-platform GUI library available for C++, Python, Go, Haskell and some other languages. Of course, developers are free to choose from among many other frameworks for designing user interfaces: wxWidgets, JUCE, CEGUI, Tk or even GTK. But each of these frameworks have specific bottlenecks. Qt has its own issues also, but we feel they are are fewer than in any other GUI framework. Qt is time-proven and perhaps the most well-known, well documented and well supported framework. Qt is positioned as a tool for creating consistent multi-platform UIs, or rather as the company states “fluid, high-performance and intuitive UIs”. Naturally DevelopEx Company uses all these benefits for creation of many of our projects for multiple platforms.

What makes Qt the most powerful tool for cross platform development is QML. It is not just another Qt module. It is the “Qt Meta (or Modelling) Language” that makes it possible to build powerful UIs with relatively simple JSON-based syntax. The inline JavaScript code handles imperative aspects. QML provides an API to enable application developers to extend the QML language with custom types and integrate QML code with JavaScript and C++. The QML provides both a QML API and a C++ API. QML is mainly used for mobile applications where touch input, fluid animations (60 FPS) and user experience are crucial. 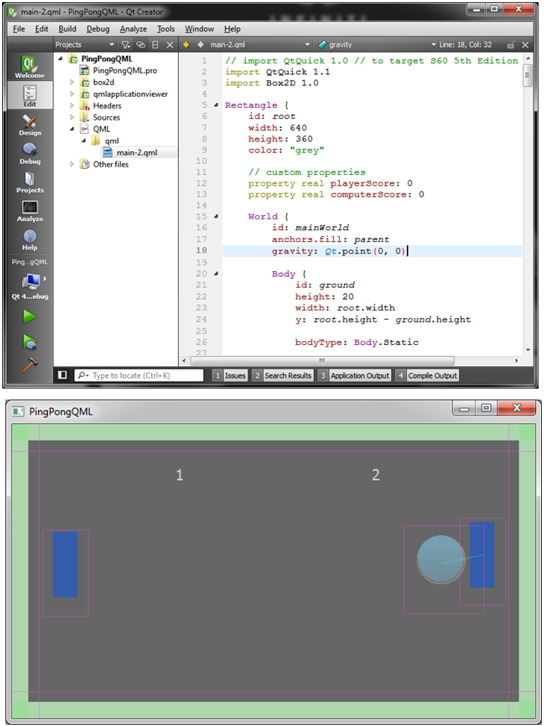 The basic problem with Qt is (or was) the controls. Many developers have complained about inability to create a UI exactly the same as a native platform (especially iPhone or Mac OS) has. The final GUI is almost the same as native but there is a difference in the details. What the Qt framework did was to work with snapshots of the native controls, tweak them, and used them as a foreground or background in own Qt’s controls. This approach does not work when animations and transitions are involved.
That is why Qt’s developers released the Qt Quick Controls 2.0 library within Qt 5.8. The aim was to do the alternative to the above standing procedure, and explore how feasible it would be to wrap actual native controls into a cross platform Qt API. The Quick Controls module was mainly focused on making the controls work on mobile and embedded projects. Controls 2.1 added new features for desktop, mobile and embedded projects such asHover effects, Ripple Effects, a new theme option for the Material and Universal styles, a new Dialog popup, and the RoundButton which can be used as a Floating Action Button. These were added to accommodate the interests of the Google Material Design and Windows Phone Guidelines.
Also, there are separate extensions such as the QML Theme and Component Library for Android, Material Design components using Qt/QML and QML Theme and Component Library for iOS. 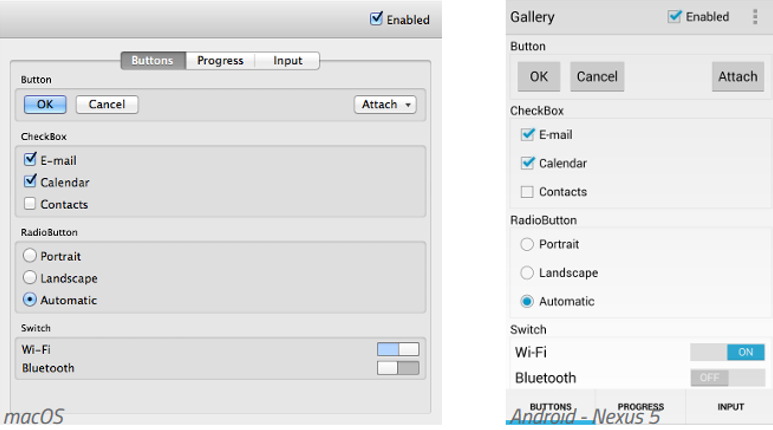 There are many other features that make the Qt de-facto the best framework for making a GUI.

Qt Quick and Other Tools

Qt has its own designer and designing a good GUI with it is fairly simple with the help of spacers, buttons, html editor etc. The Qt Quick library reduces the effort required for designing UI compared to the traditional native (C or C++) approach. The new libraries Qt Controls and Qt Layouts reduce development time even more. These modules provide UI controls and layouts.

Qt Quick and QML provide the capability to animate properties and facilitate the creation of fluid UIs. These are user interfaces where the UI components animate instead of just appearing, disappearing, or jumping abruptly.

Qt 5.x handles touch as well as mouse and keyboard handling. Qt Sensors and Qt Positioning modules makes it possible to implement reaction to a touch that uses common behaviors for most portable devices. The Qt Sensors API provides access to sensor hardware like accelerometers, compasses, gyroscopes. Also this module provides a motion gesture recognition API for devices. Qt Positioning retrieves different kinds of positioning information such as an object’s position on a map or area-based monitoring. With Qt Sensors QML and C++ interfaces are used.

Qt WebEngine is a web content rendering engine. Like many popular browsers it is based on the Chromium open source project. The WebEngine supports all standard web technologies and features. The module can be integrated with Qt Quick and other widgets. The WebEngine works with HTML5, CSS filters, animations, video, and Canvas. Also this module is complemented with Qt WebChannel, which bridges the gap between QML/C++ and HTML/JavaScript. It is possible to share QObjects from QML/C++ with HTML/JavaScript-based clients.

Commercial use of a Qt application is possible with any popular operating system, including both desktop and mobile platforms: Windows, Linux, macOS, iOS, Android and others. But it does not mean that UI will look like a native application. Still today much work should be done to adapt a certain GUI for a certain operating system. However, it is now much easier than it was a year ago because of the following improvements:

Also, it is possible to create an application for tvOS (Apple TV) and watchOS (Apple Watch). Qt for tvOS is 95% the same as iOS. The major difference between the two platforms is their input handling; iOS has a touch-based model while tvOS has a focus based model. Qt for watchOS is also heavily based on iOS. However, it is not possible to run QML or any other Qt based UI on the watch using public APIs because the primary interface API is WatchKit.

Finally, a couple of good examples of UIs created using Qt. There are both Telegram (desktop version) and the Google Earth desktop versions. As shown below these UIs look similar and are well-adapted for all three major platforms (macOS, Linux and Windows). 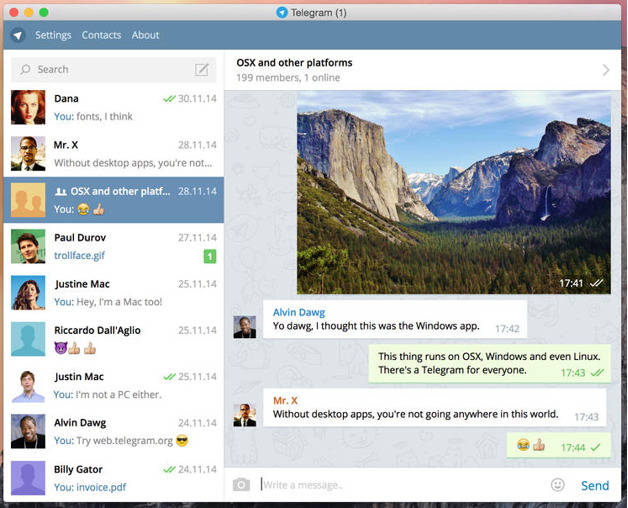 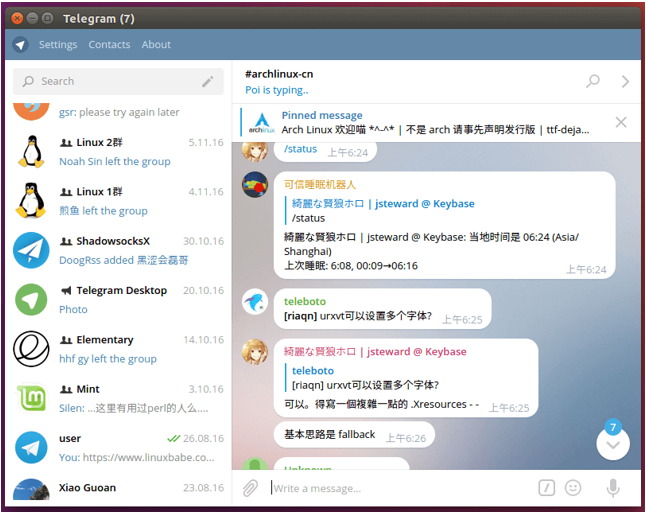 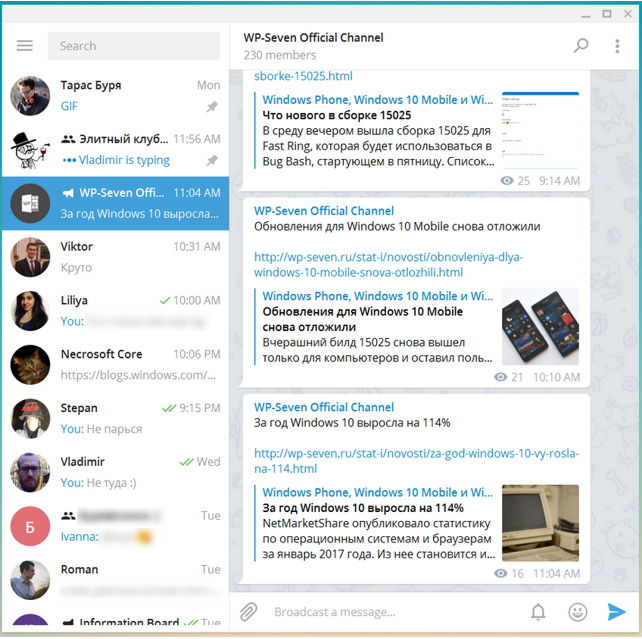 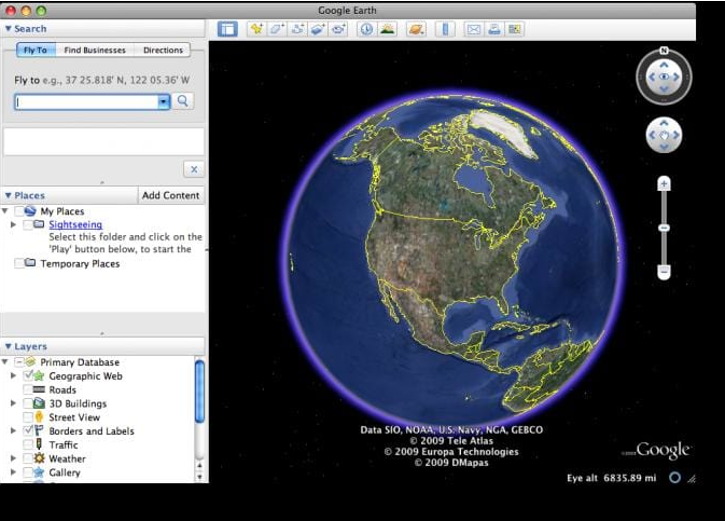 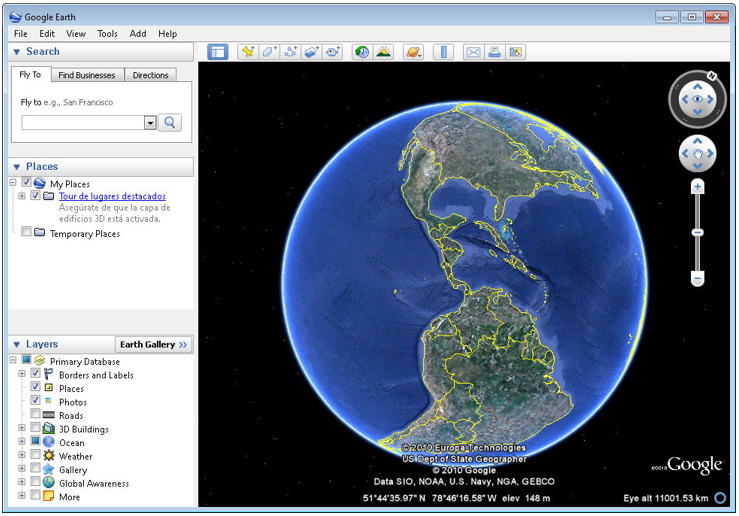